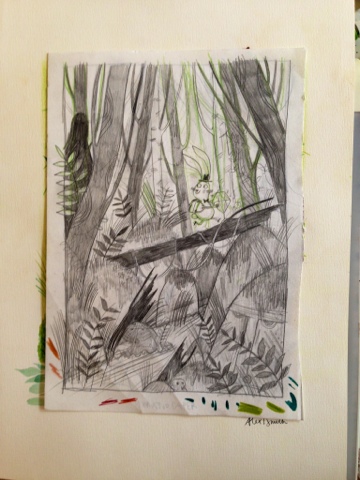 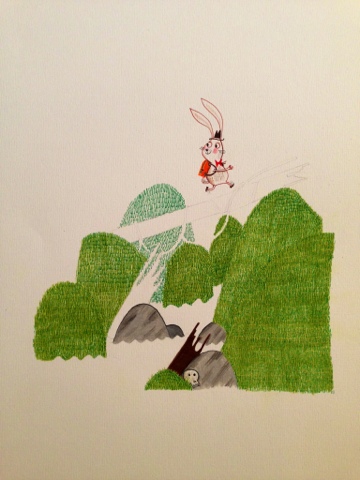 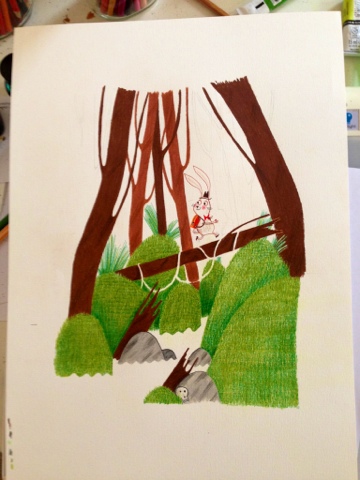 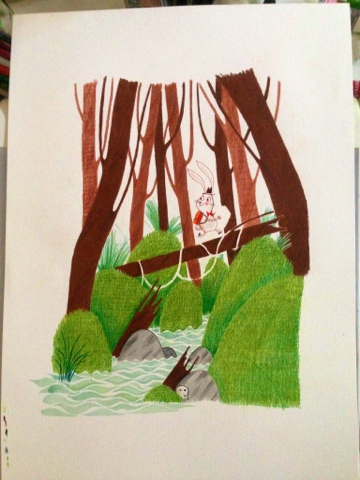 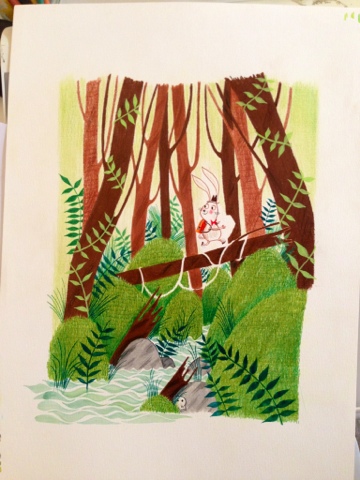 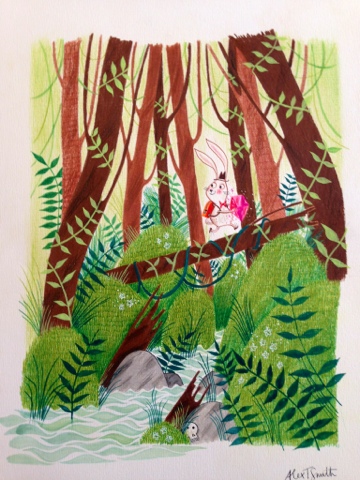 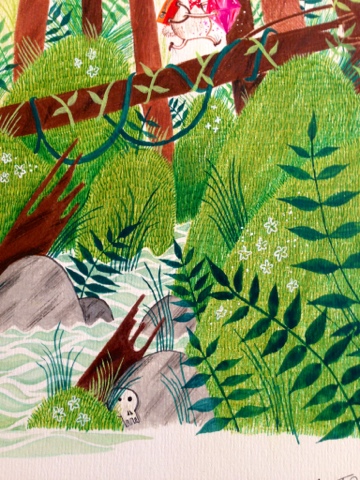 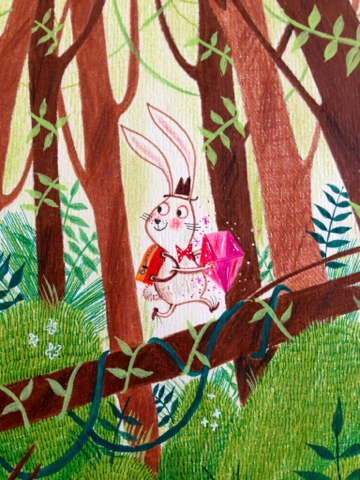 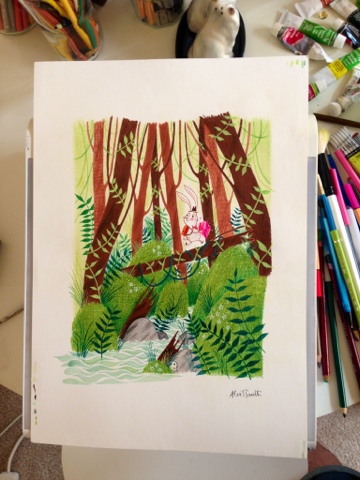 FROM MY SKETCHBOOK: Bedtime Conversation about Love with my Little Nephew (aged 5) 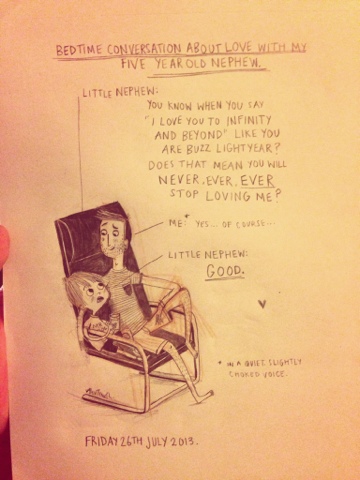 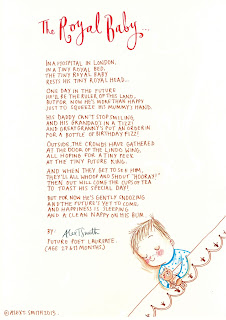 As everyone in the Entire World knows - the royal baby arrived this week!
Last night, whilst glued to the TV waiting for William and Katherine to appear with the little boy I wrote this silly poem. 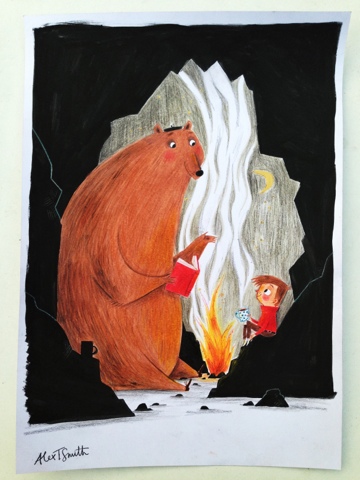 This is a finished, non digital piece of work based in an old sketchbook image. It's mainly pencil crayon with gouache and pen here and there, on card.
Posted by Alex T. Smith at 11:09 4 comments: 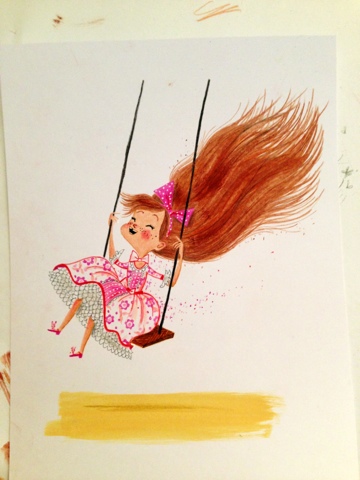 I did this little piece this morning as a warm up to get my brain in 'colouring in' mode.
It's pencil crayon, pencil and pen with the tiniest bit of gouache.
Posted by Alex T. Smith at 22:44 4 comments: